Hello, everyone! It's KOU from Flyhigh Works.

【Shirone the Dragon Girl】was released on 03/2022, and we interviewed the developer, Miroma san.

Please feel free to check it out and read it if you're interested.

- It's nice to meet, Miroma san. Thank you so much for joining us today, and thank you for working so hard to release「Shirone the Dragon Girl」.

I believe this is the first title you have released on STEAM, so how do you feel or what think about that?

Miroma： It's very nice to meet you too.

Before it was released on STEAM, I was a little worried about the various hurdles, such as the beginning of its localization.

However, thanks to Flyhigh Works' assistance and support, I could smoothly complete the release process for the game, which I really appreciated. It was a good experience learning what I should do and what I shouldn't do to release the game.

- As of now, the game has been positively received and recommended on STEAM (100% out of 31 reviews)

Miroma：
I am pleased to receive positive reviews. The reviews help me consult on what I have done well and what I need to improve on.

- The protagonist squatting down while holding her tail is impressive, isn't it?

Miroma：
This motion was created when I thought about making cute movements for the protagonist. Now that I think about it, I may have created the "crouching" movement for wanting to use the movement since using motion is most important than capturing a gimmick.

- That explains it. By the way, the game's title was different at the start of development, was there a reason for the name change?

Miroma：
The original title was "The Dragon Girl and the Haunted Castle," but it didn't stand out. So I thought using the then name of the protagonist, Shirone, in the title would be simple and more impressive.

- Ah, I see. How long did it take to develop this title, and how many people are in your development team?

About a year and a half. I am the sole developer.

-Were there any parts of the development that you struggled with or were overly concerned about?

Miroma：
When I started creating an action game where the Player/character could jump and move around freely, it was difficult to determine where the Player/character could land on the ground. I was overly concerned about the look of the protagonist, Shirone. I put a lot of effort into making her model, along with the changes in her facial expressions and movement within the game.

- I see. Speaking of Shirone, one of the game's well-received points was the" dress-up feature."  Can you share with what was the reason/motivation behind this feature and what is your recommended hair/clothing assets?

Miroma：
Simply searching for pieces to solve puzzles would be dull, so I decided to add a fun element in which the Player collects pieces to change the character's appearance, such as hairstyle and clothing.

I can't recommend anything for hairstyles or clothes because there are different styles and tastes, but "Cat mode" is interesting because it can be fun to see a dragon person with more cat-like attributes.

- I see. So, now that this work has been released, have you been thinking about your next title?

Miroma：
I have many ideas. There are some uncertainties regarding it. However, I want to polish my 3DCG (3D Computer Graphics) skills. Either way, I will still continue working on creating games and working on game development.

- I'll wait with anticipation！ Well, here is the final question, which I think many fans have been wondering, why did you choose to call your studio Oimoland?

Miroma：
I'm sorry, but there is no deep meaning or reason behind it. I simply like oimo (Japanese sweet potato/yams), so I decided to choose that name for the studio.

- Oh, so that's why (haha), thank you so much for your time and responses!

Miroma：
Same here, thank you so much.

So, what do you think about our interview with the creator of 【Shirone the Dragon Girl】?

Please visit the the【Shirone the Dragon Girl】STEAM Store page to check it out.

If you have any thoughts or comments on this article, have questions you'd like to ask the developer, please send your messages to our Marshmallow page! 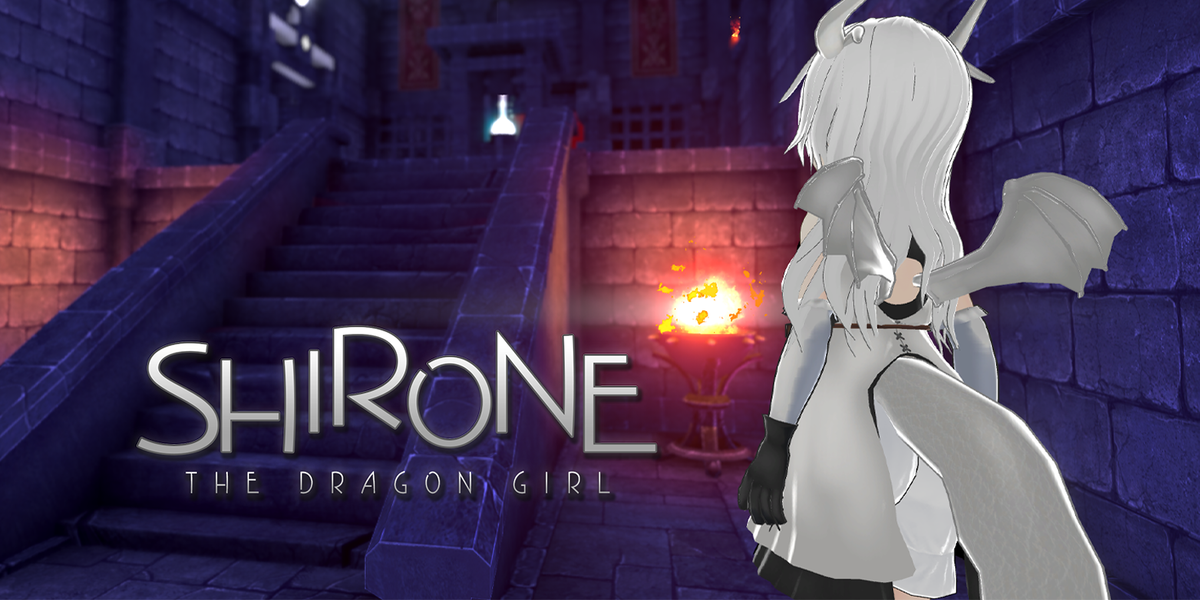