The basic actions of protagonist Urara are

There are only three. And as expected,「Handstand」is the key.

When performing a handstand, everything with the "exception" of yourself is inverted.

Urara's own gravitational pull doesn't change, but it is jumbled.

Since both of her hands are used to doing a handstand, she cannot jump or move boxes. 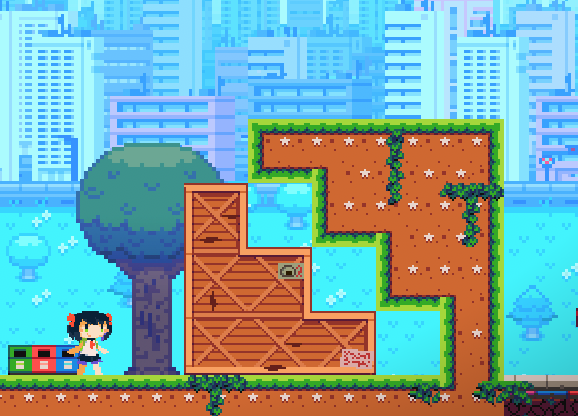 For example, here is a puzzle from the beginning of the game. To progress, she needs to go over the wall to the right.

The tree and three colored boxes in the background are for decorations and are OK to disregard.

She can't reach it by jumping on the boxes, but she can push the boxes of stairs to progress.

If she does a handstand, the block goes up into the other, but that is not enough.

So, how should she proceed? Let's think about it for a moment.

Here is the answer.

First, do a handstand and move to the gap on the right 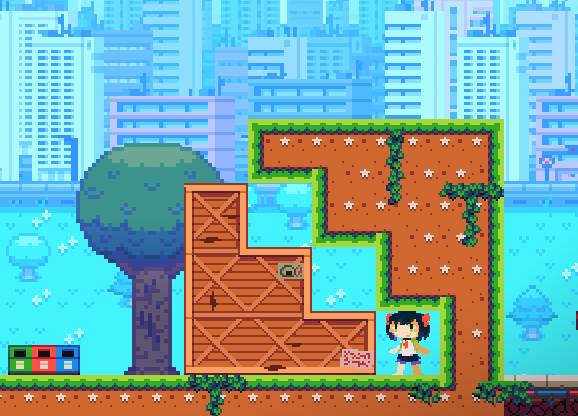 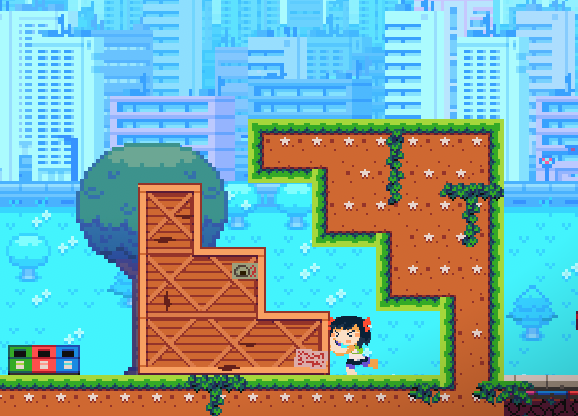 Once the handstand is canceled, she wraps around to the right side of the boxes and pushes them to the left... 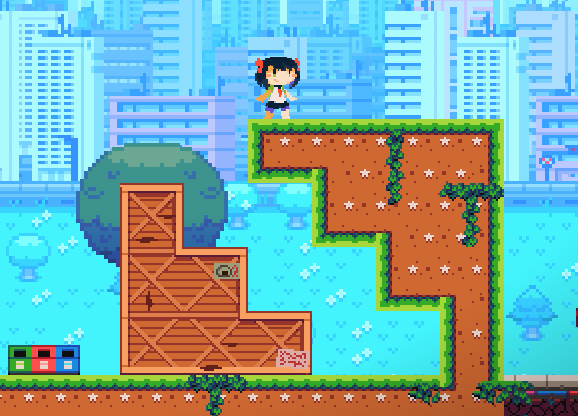 After climbing the stairs, there is a closer gap to the next platform. Jump over the platform to reach the goal.

So, how do you feel about that?

Was there a sense of confusion with unfamiliar rules about the handstand that comes to mind, or a sense of relief after understanding them? That is the absolute pleasure of puzzles.

From here is where the real fun of puzzles lies. Another distinctive feature is「Inverted Broadcast」.

When she presses the switch, the announcer will flop over the monitor.

Of course, it is not just that everything that appears to be there is upside down.

Urara, who was on the ground, appears on top, so she falls to the bottom of the railing, which was up towards the sky a moment ago.

It is difficult to understand even if you read these words. So, let's look at the puzzle. 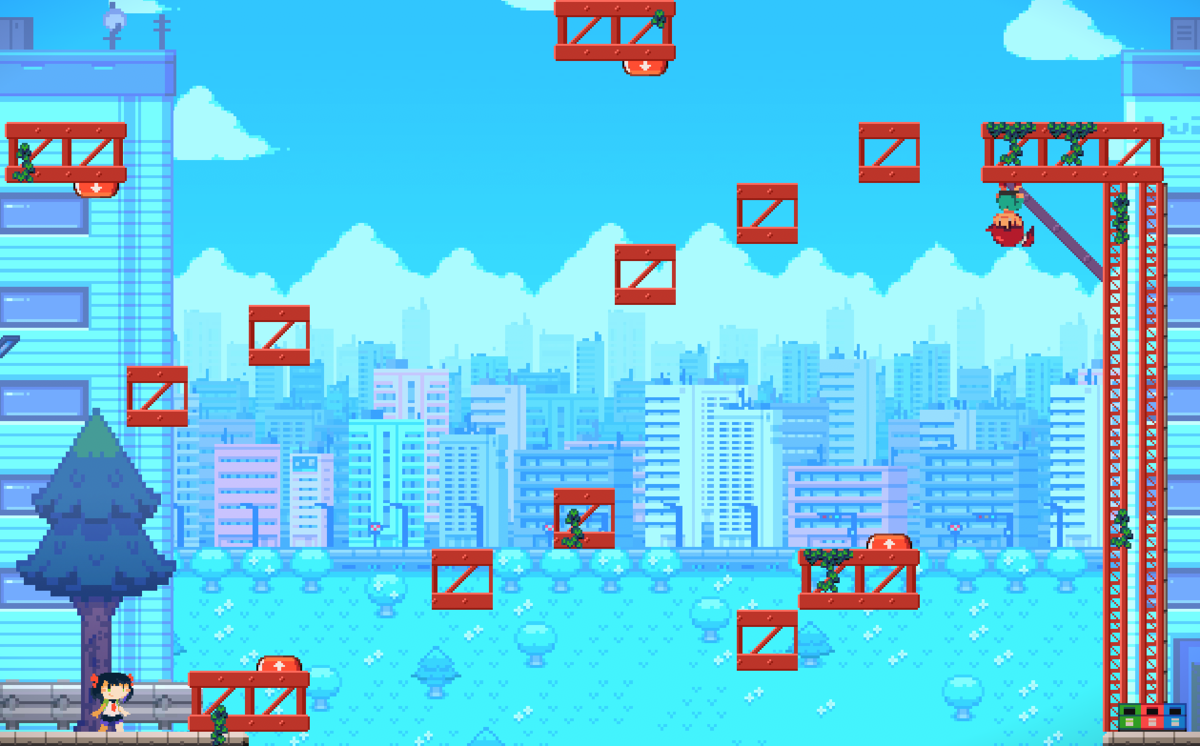 So, how should she proceed with this one? Let's think about it again for a moment.

The goal is at the upper right. The inverted girl is just there for placement.

The red platforms and switch are all there.

Here is the answer

To reach the other red platforms, use「Inverted Broadcast」to fall connect to the other platforms.

Please forgive me if it may have been difficult to answer the question with only images without understanding the distance of her jumps.

The fun of puzzles will continue to spread as more challenges are added in the stages ahead.

A few screenshots are presented below. 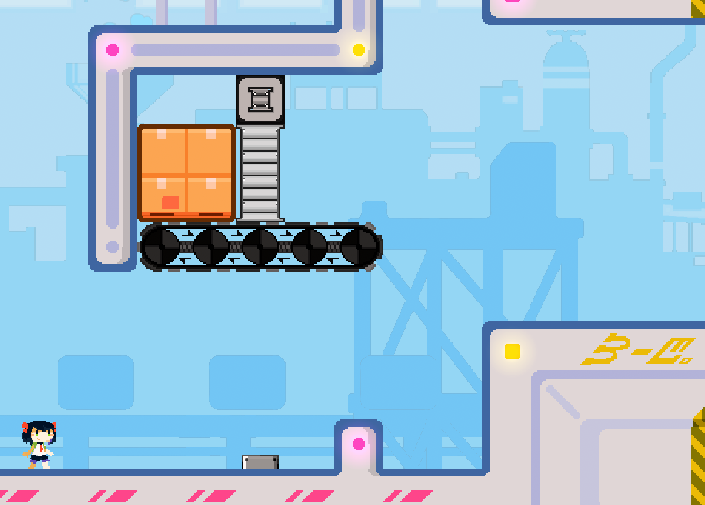 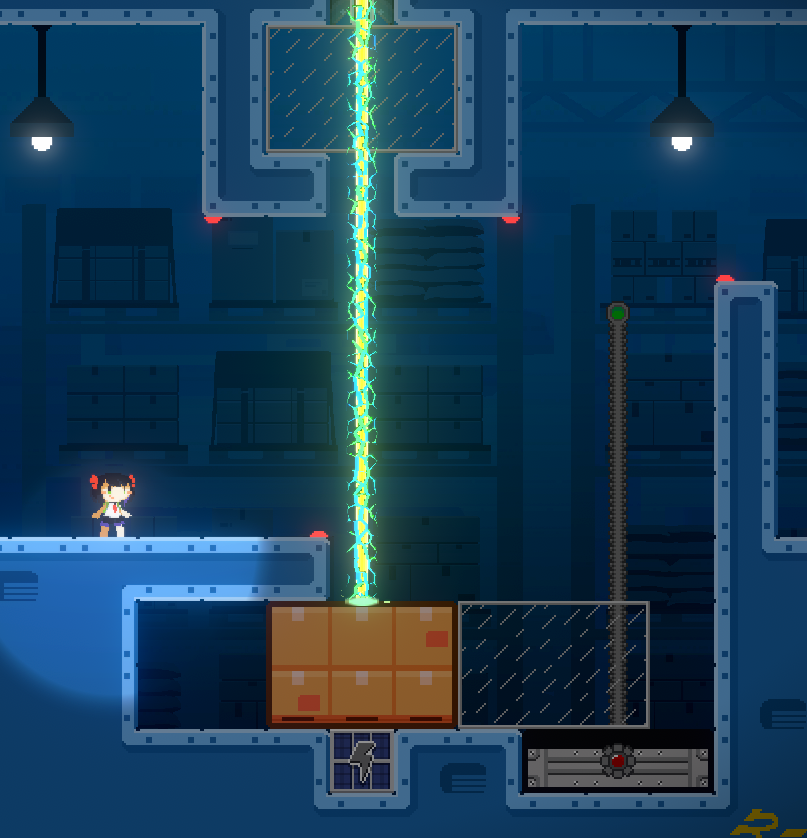 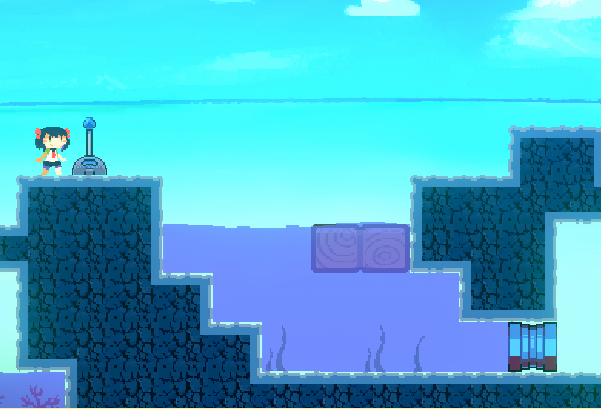 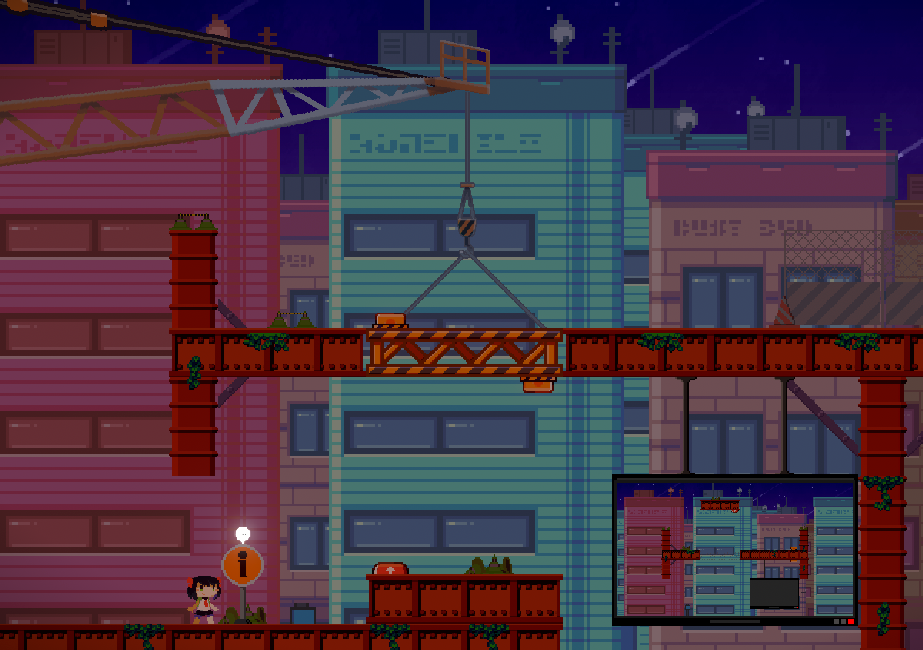 A few more words from the developers

Marudice Players may think, "That seems difficult..." but the required puzzles are moderately complex. We created them so that Players can progress as long as they try them.

We have also prepared some complex puzzles for those who want to challenge themselves after clearing the game, so those who are good at puzzles and those who are not can enjoy playing!

Puzzler.K I was in charge of creating the puzzles. Throughout the game,『Handstand』and『Inverted Broadcast』are used they bring life to the stages! We hope you enjoy the puzzles, the cityscape that spreads across the stages, and the unbelievable worldview~!

And on that note,【Invercity #5】was presented this time, so what did you think of it?

Here is the store page.

Check it out and have fun playing it!