Today we will present a little bit of the story.

The early stages of the story

『Invercity Phenomenon』began in the city.
It appears everyone is in trouble with random things becoming inverted due to the phenomenon on the rise.

Reporter Urara sets off to investigate and gather information to report... 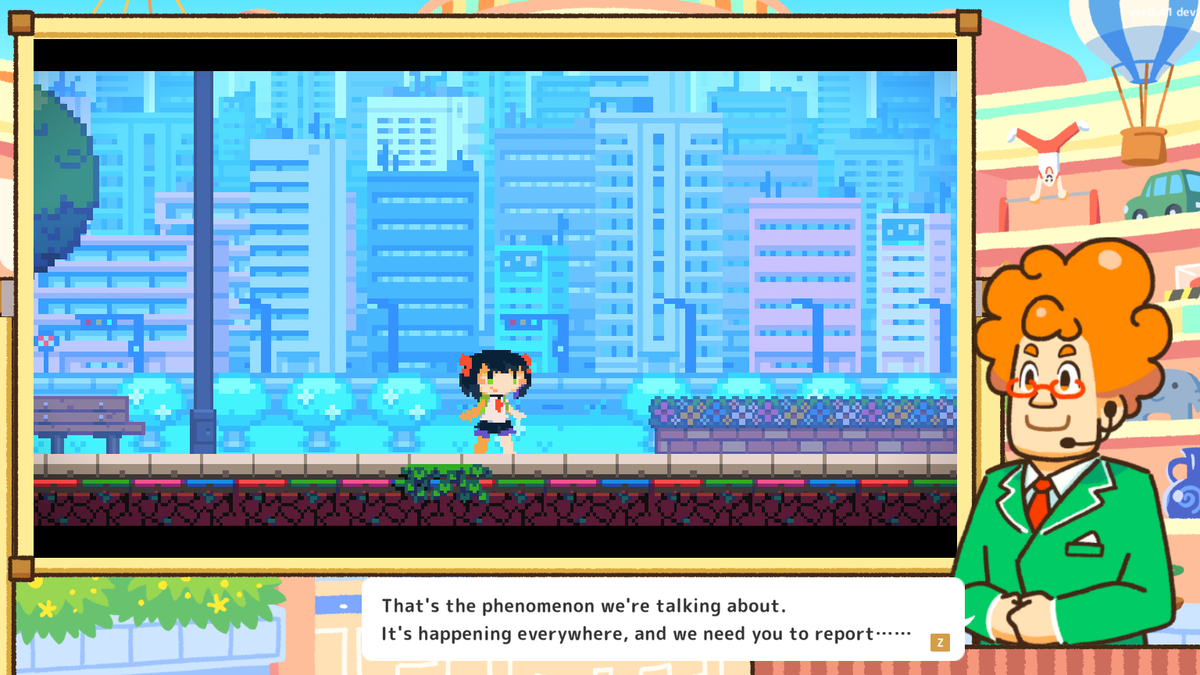 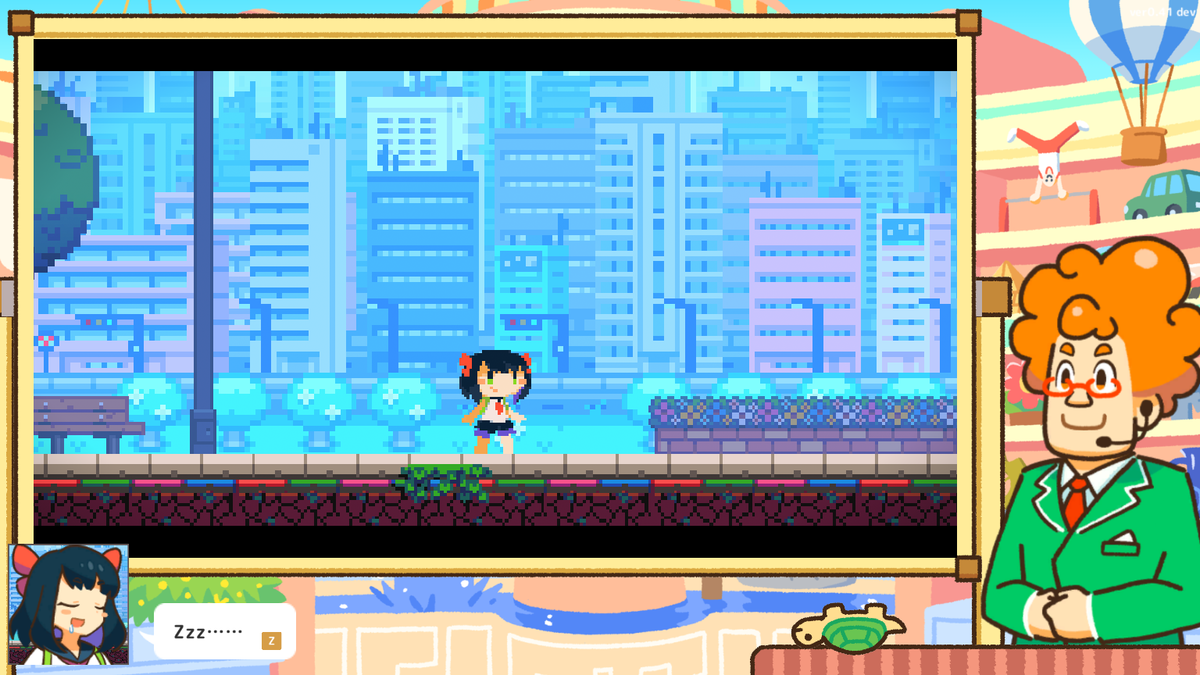 Yep, Urara is fired up about her reporting duty.

What about the people of the city？

Undoubtedly, they are troubled by the Invercity Phenomenon on the rise.

Urara interviews all the residents of the city as she progresses. 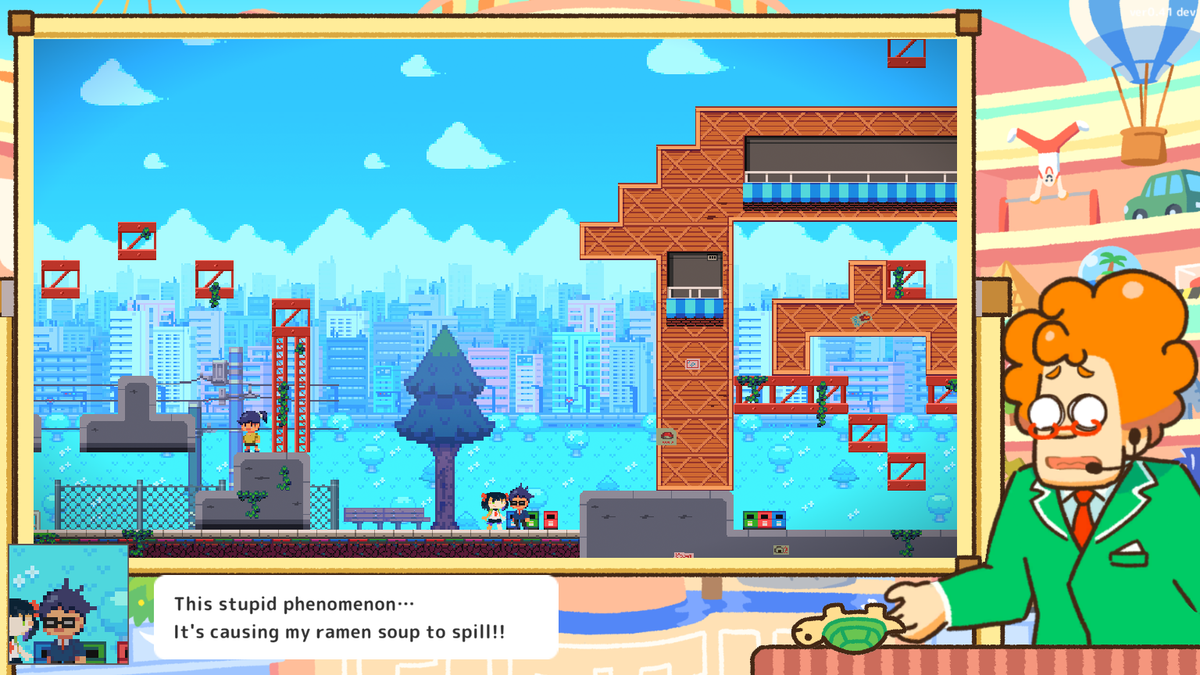 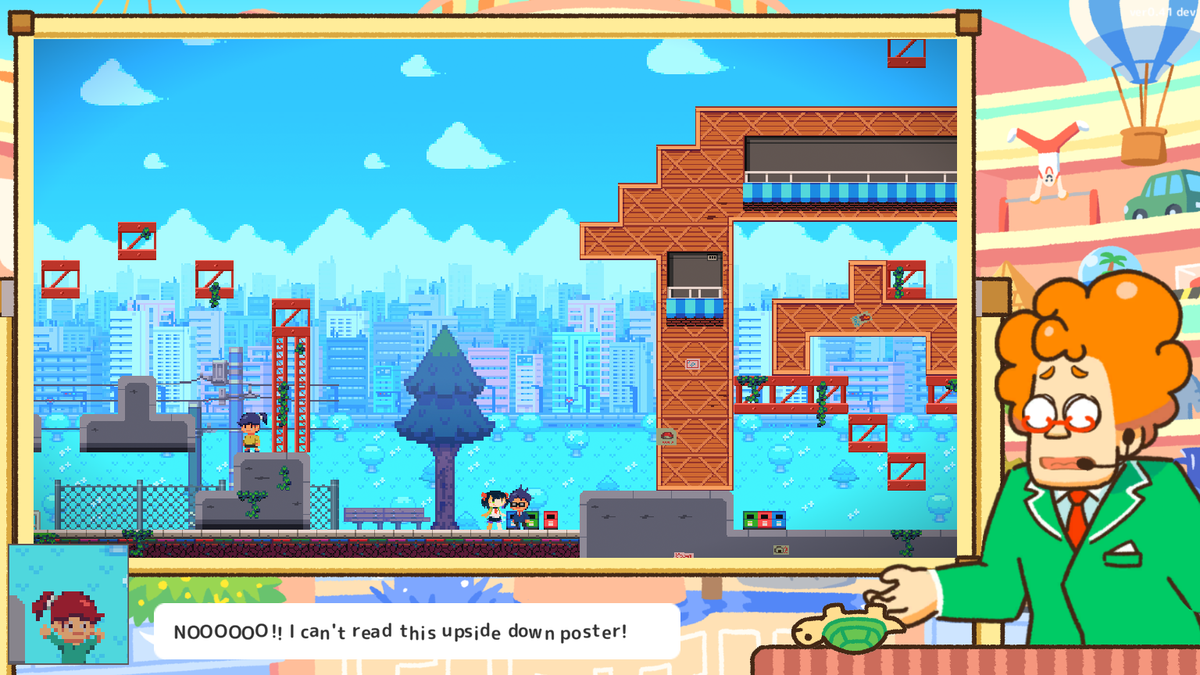 Yeah, it seems that the residents are still dealing with turmoil.

That's the general tone of this work.

A lighthearted story unfolds with adorable characters and a chill atmosphere.

The second half of the game is highly anticipated, especially after seeing the dialogue from World 2 and onwards.

It's a nice little break from solving action-packed puzzles.

Marudice My goal was to create a lighthearted, funny story！ I would be pleased if Players could laugh a little at it too！

And on that note,【Invercity #4】was presented this time, so what did you think of it?

The STEAM Store page is below.

Please be sure to check out the game if you're interested！