The protagonist Urara, is a broadcasting reporter who gathers information on the "handstand phenomenon." We will present a little bit of the stages.

The first stage is a street corner

The first stage is called「Hand Star City」where Urara and the others live. 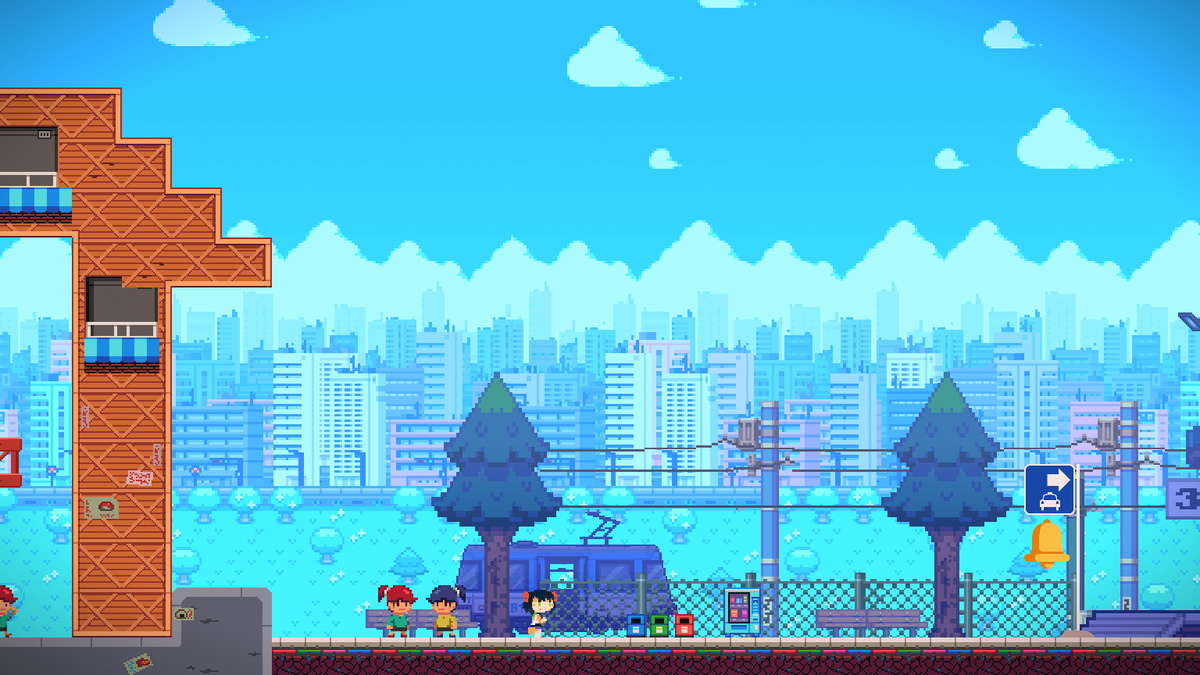 Urara strolls through the park and to the train station as the train goes by.

The graphics of this game have vividly drawn pixel art, giving it a sense of a worldview that pops out. 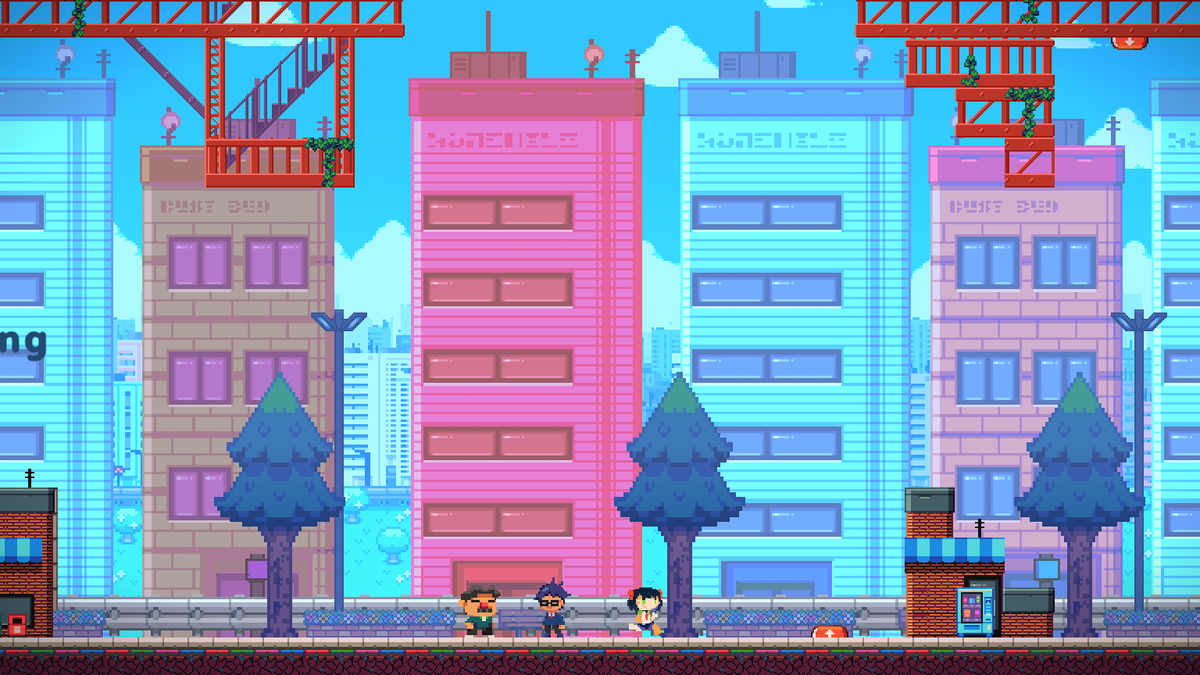 This is Main Street of the city. Buildings are lined up, and larger buildings increase. The residents are surprisingly carefree. 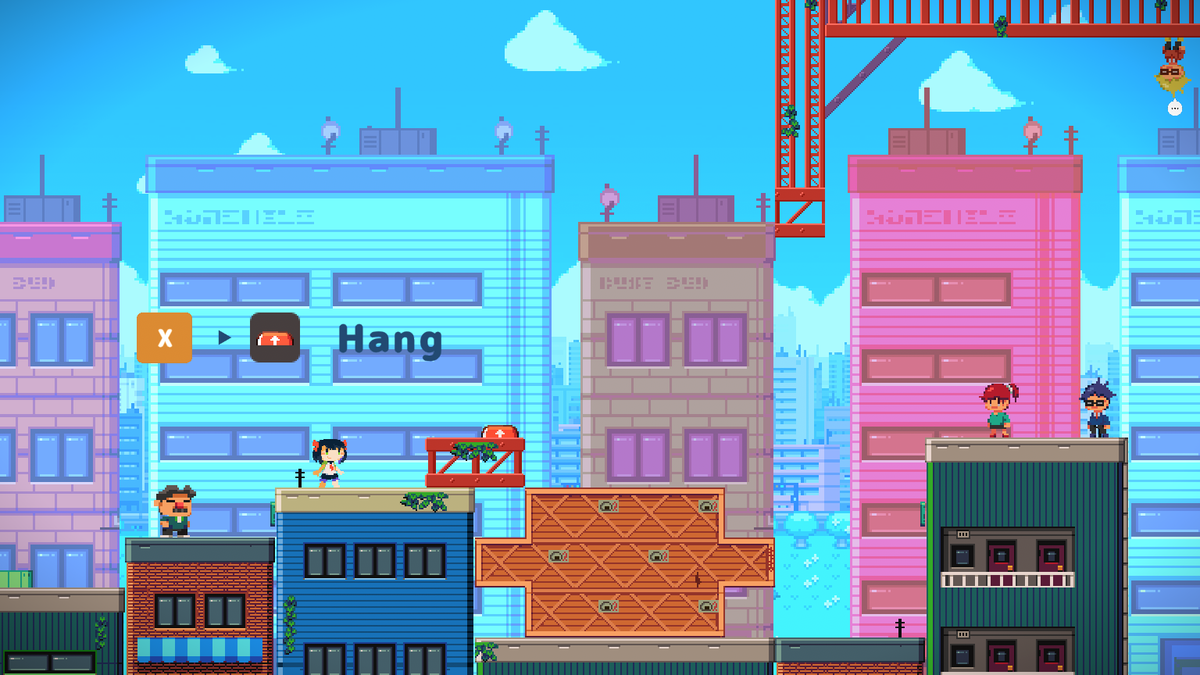 Now, this is the rooftop of the building.

Surprisingly, the residents stick to the ceiling... 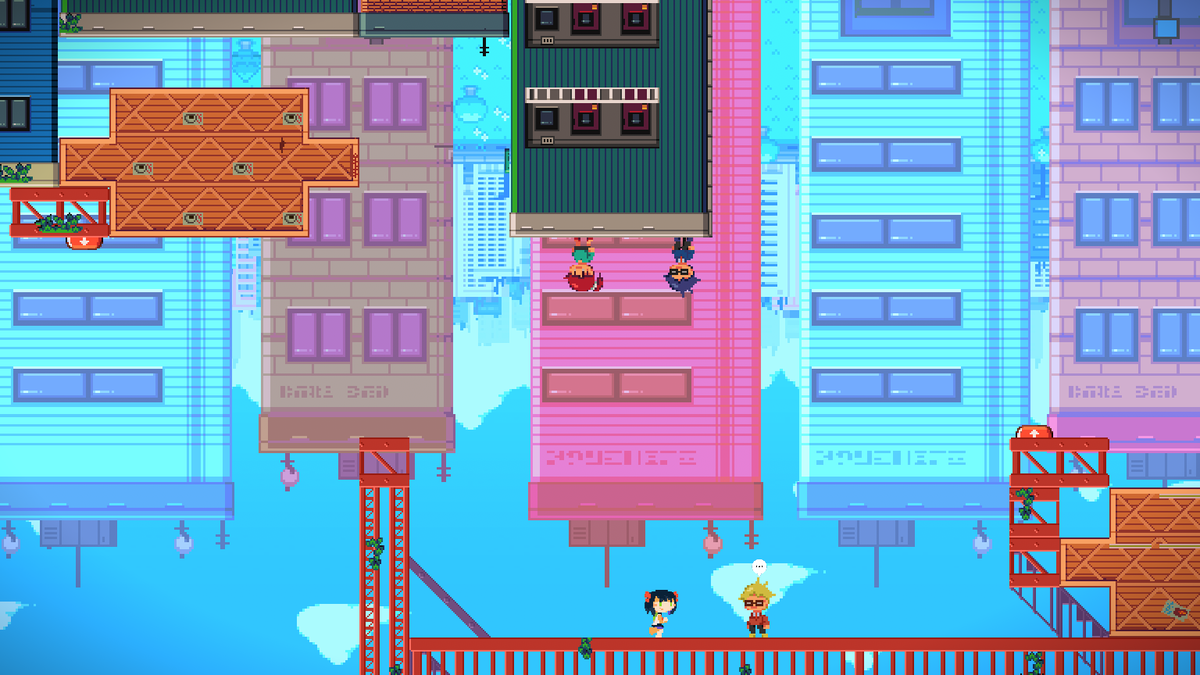 The building springing up from top to bottom is impressive. This can only happen in an inversed gravity game.

The stage changes, and we move on to the laboratory. It appears there is a deserted science laboratory called「Inverse Technologies Ltd.」. 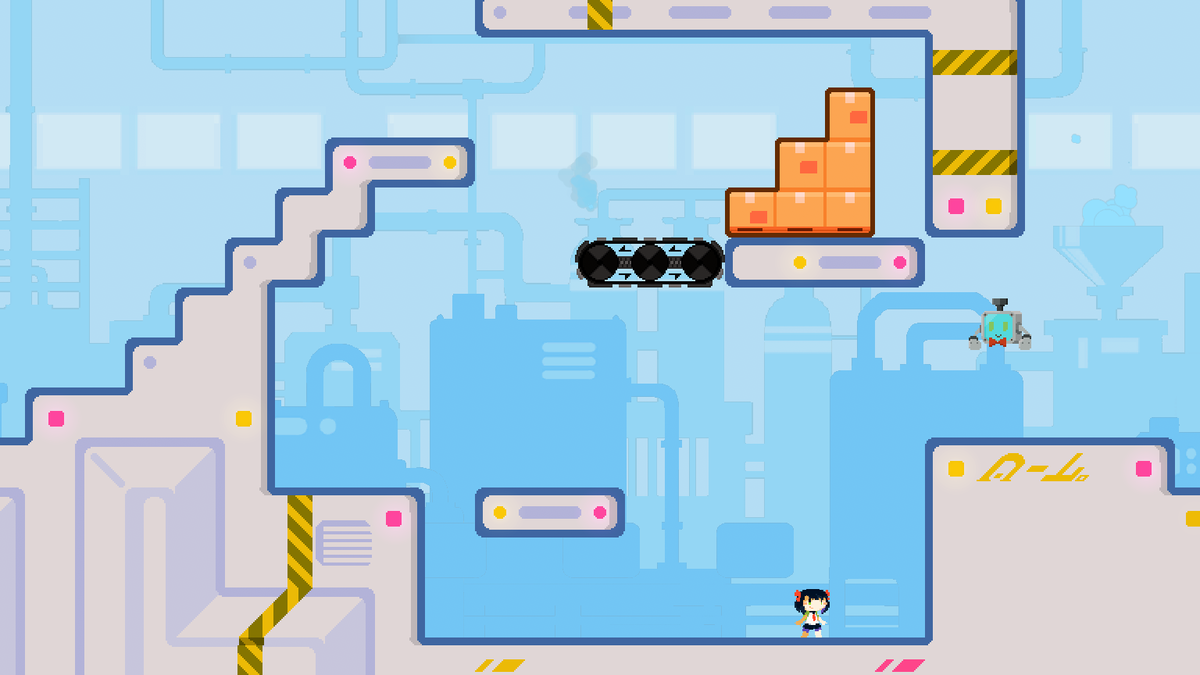 The company's name suggests it is in logistics business development.

On the other hand, mysterious machines and smoke are spewing from the pipes. 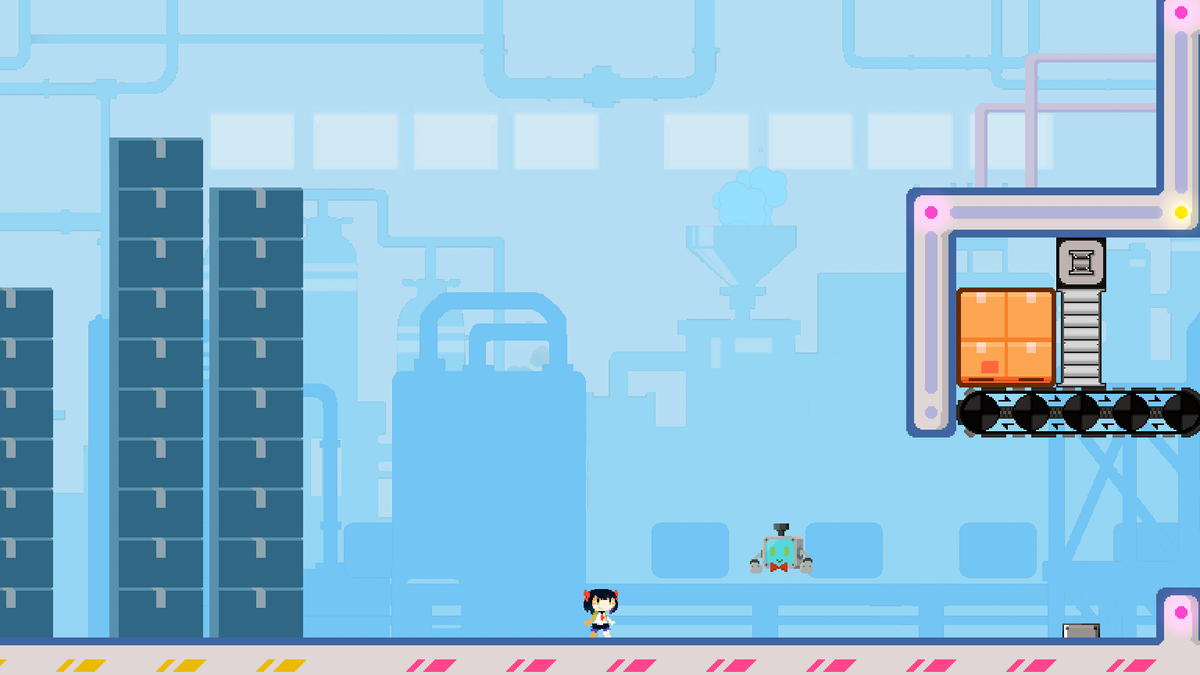 The shutter and package are side-by-side. 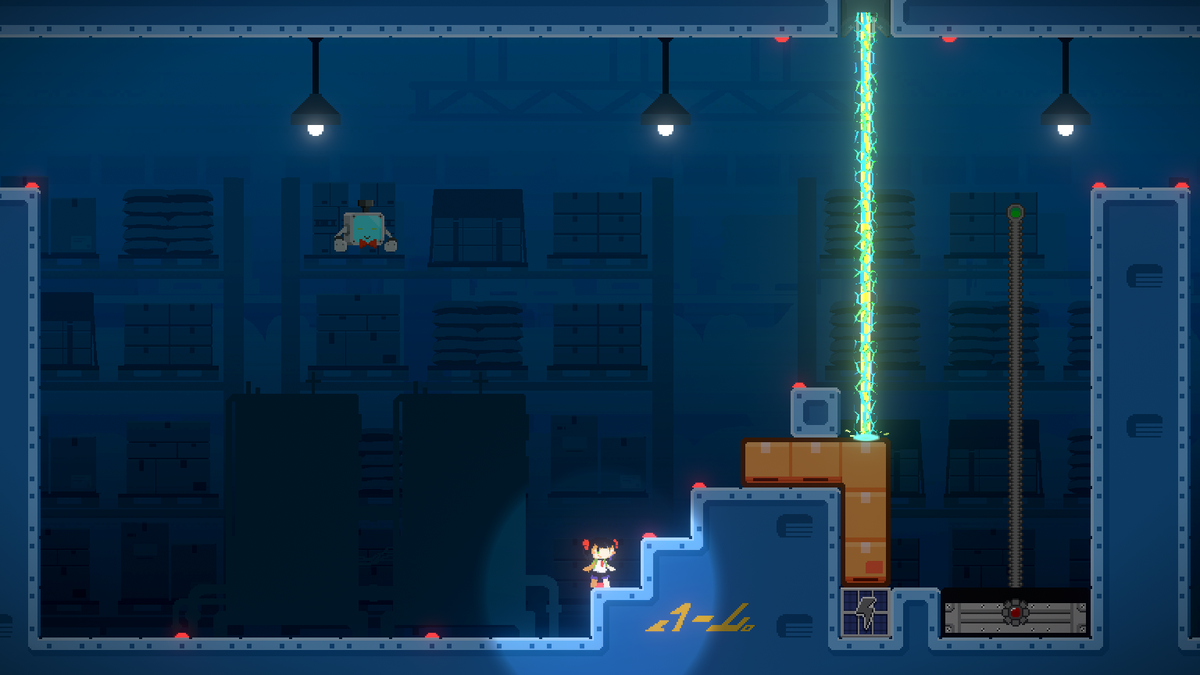 The vibe of the factory drastically changed when going to the underground factory.

The racks are loaded with highly huge packages.

A lift is operated along with a high-powered laser, which is also operated by the power source for the entire factory. 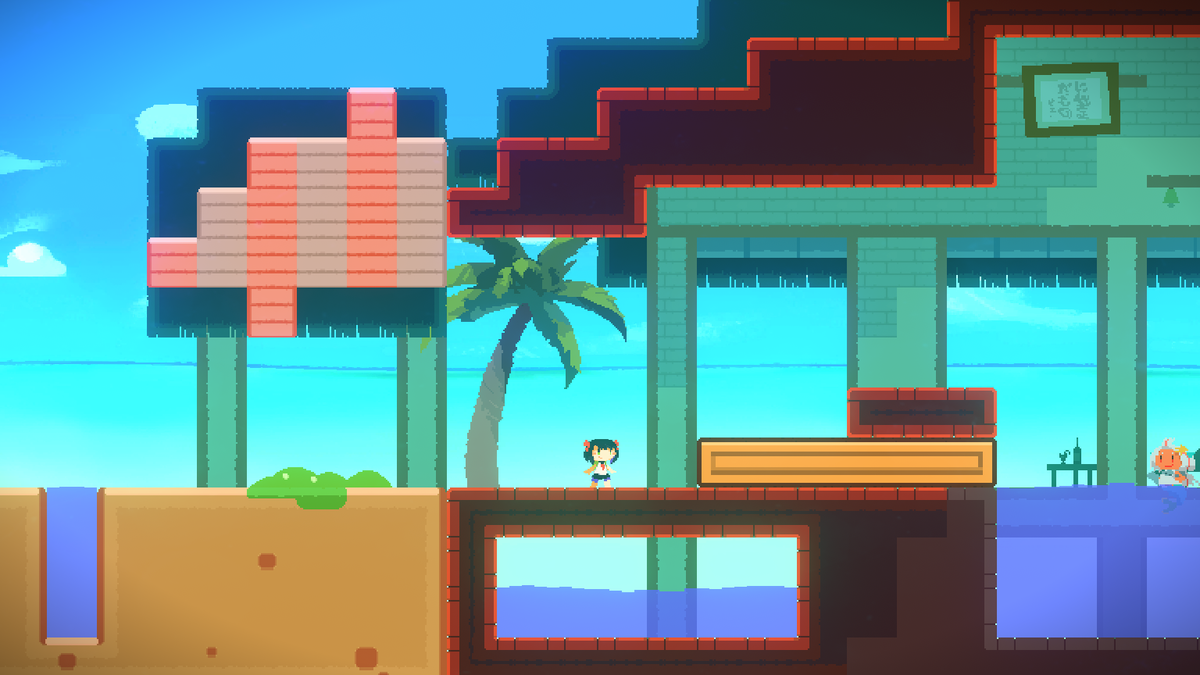 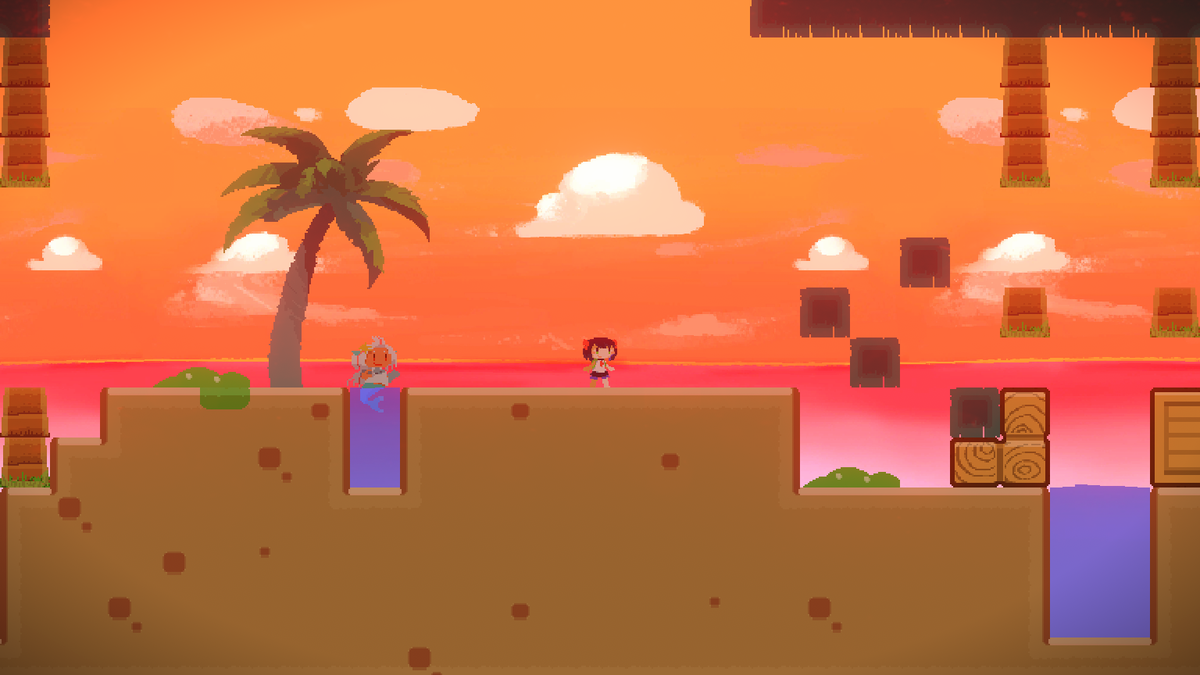 There are more stages ahead that can be ventured to, like a beach area or seeing how gorgeous the city looks at night.

Here are a few images to present.

Marudice, While making this game, we carefully did not let the stage graphics hinder the game's hands-on experience！ The setting of this work is in the middle of a modern city. We are pleased to have created a slight sense of the role of the facilities and the lifestyle of its inhabitants!

And on that note,【Invercity #2】was presented this time, so what did you think of it?

The STEAM Store page is now available. After 2 years of development, the game is finally being released！

Please be sure to check it out if you're interested！