It's KOU from Flyhigh Works.

We talked and asked Transiruby creator KIMURA of SKIPMORE various questions to commemorate the release.  This is a two-part interview. The first part will be presented by me, Kou as the interviewer, and the second part will focus on questions by the Flyhigh Works staff.

This is「Conclusion」. Please feel free to check it out if you're interested.

FHW Staff It seems Siruby's outfit has an Aila-like face on it. Is there a secret to it? （No way! Does it speak like Dokonjō Gaeru?) 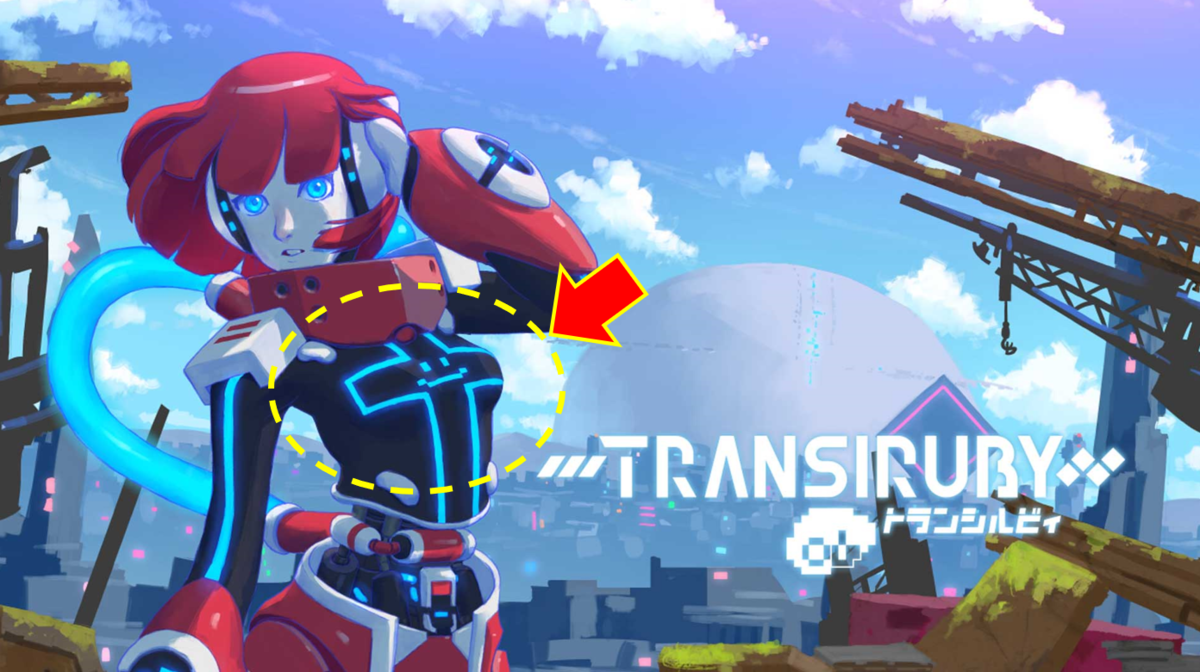 KIMURA  There's no deep meaning behind the design, but the idea was to have a gentle kaomoji on the clothes that will give the impression that『Transiruby』is not a heavy realistic world a digital fun game world instead.

FHW Staff Regarding the background, is there a specific place that inspired the motif? There seem to be some Japanese-style elements, so is Japan a location of inspiration?

KIMURA There is no specific location that inspired the motif. I just drew whatever I wanted.  The Japanese-styled taste, such as the Torii Gate (Shinto shrine archway), etc., was near me when I was a kid, so it was something that I could easily handle. Still, they are seen as mysterious and mythical to foreigners, so I actively included them. 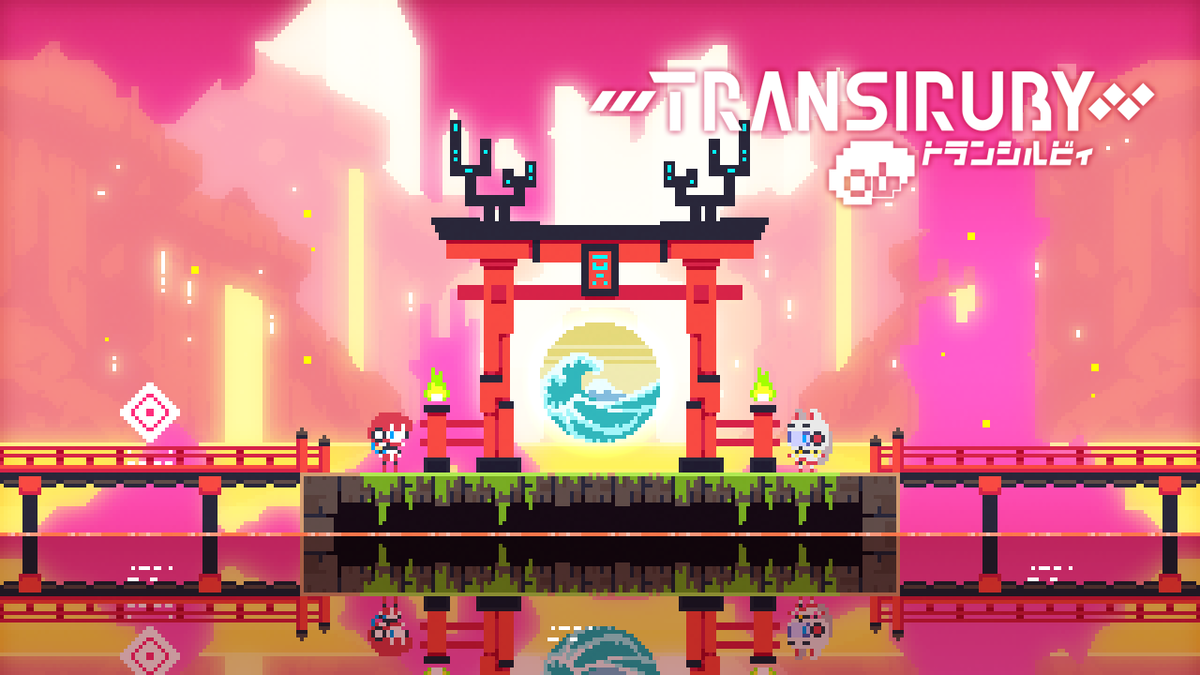 FHW Staff The name of some bosses seems to have a name that originated in Japanese culture but is that motif that inspired their names? For example, the first area's boss,「Military Server: Calasma」, sounds similar to a place in Kyoto called「Karasuma」, so is that where the name is based on?

KIMURA Proper names were referenced from Kyoto and Japanese mythology. When I was a student, I would go to the arcades in Kyoto and play frequently, so I am personally familiar with the city. 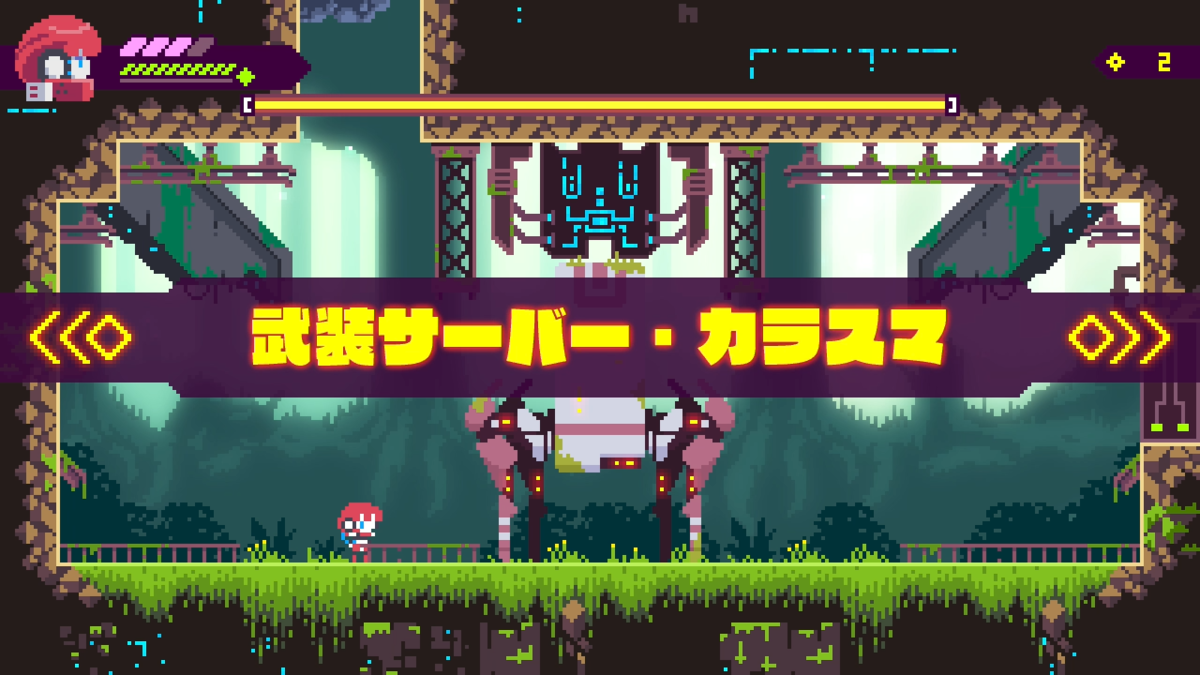 KIMURA At the beginning of the project, the idea was「the planet was ruined, so collecting the DNA of organisms」so the Noah's Ark motif seemed to be a good idea. However, I thought the story was too serious, so I stopped heading in that direction.

FHW Staff  What is your favorite area to explore in Transiruby?

KIMURA  I like them all but、 Area 1「Dimension Realm - Surface」. Since it's the first area that Players see, the so-called "grip" area, there were various trial and error run attempts. 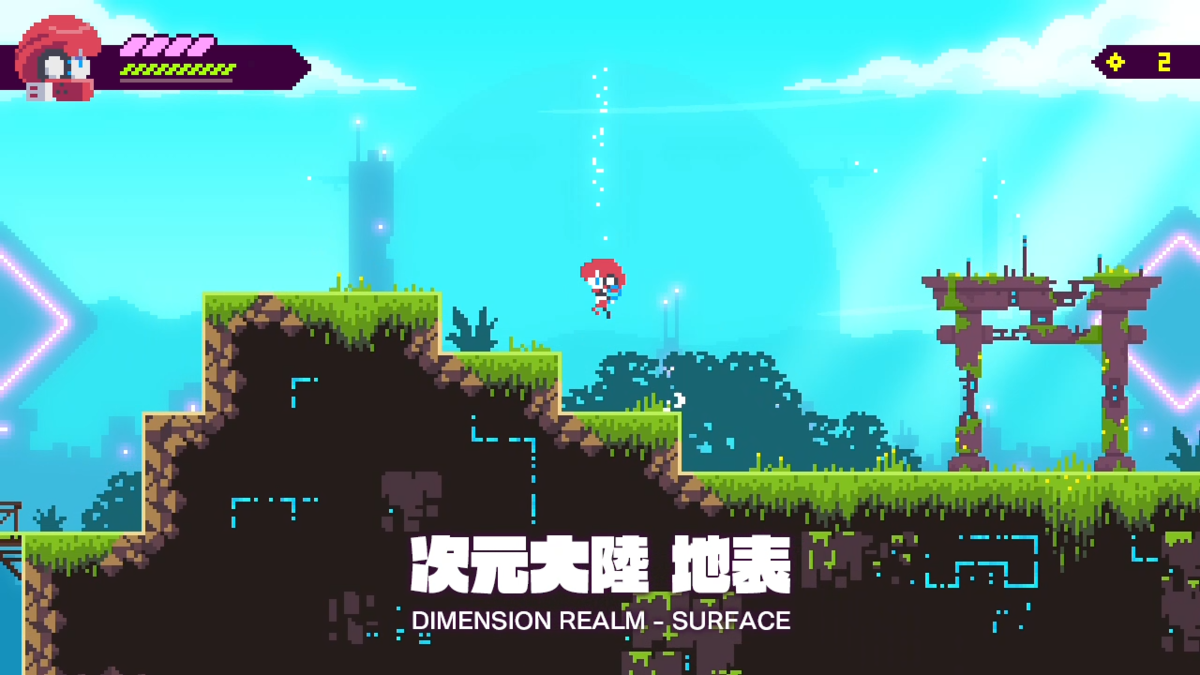 FHW Staff Were there any other bonus characters you considered including in the game, but they did not make the final cut?

KIMURA There were no bonus characters that made the cut, but in the beginning, there was a male character that was completely different from Yamato.

FHW Staff Were there any other power-ups you were interested in or considered in the game but were not implemented in the final build/version?

KIMURA I like the motorcycle the most out of the power-up items. One power-up item was not implemented, a giant beam cannon that could transmit a shot. Since Siruby's regular attacks are reasonably strong, it was rejected because it did not make sense to keep it.

The Transiruby #6 Developer Interview - Conclusion is now finished. What do you think about it?

Transiruby is now available on STEAM and available for pre-orders in the eShop!