トップ > FLYHIGHTIMES_ENG > 【Transiruby #3】People who are bad at action games should have fun! Aiming for "Less difficulty, more fun!" in game design!

There is a perception of exploration-type action games as being too hard. The design concept behind Transiruby was「Less Difficulty, More Fun」 so the action in the game is not too difficult, and you do not get stuck.

Some people may have been interested in this genre but have avoided it because it seems too tricky, so Transiruby may be a good choice for making your exploration-type action game debut. 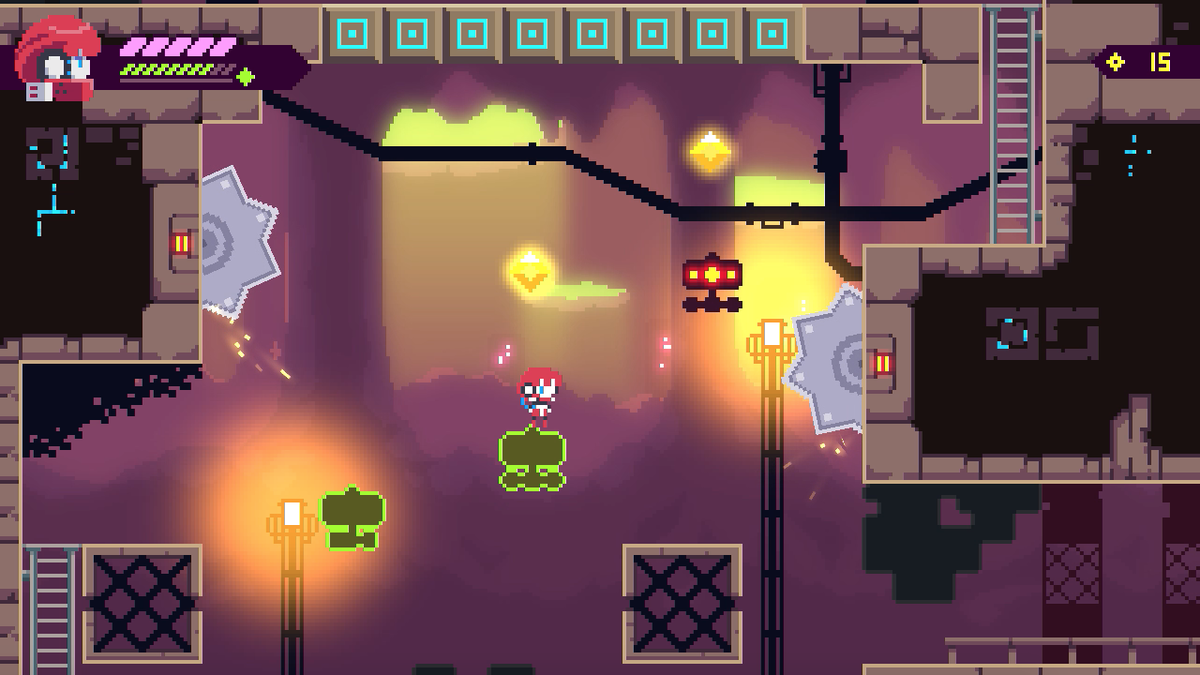 Destroy enemies with a downward thrust! 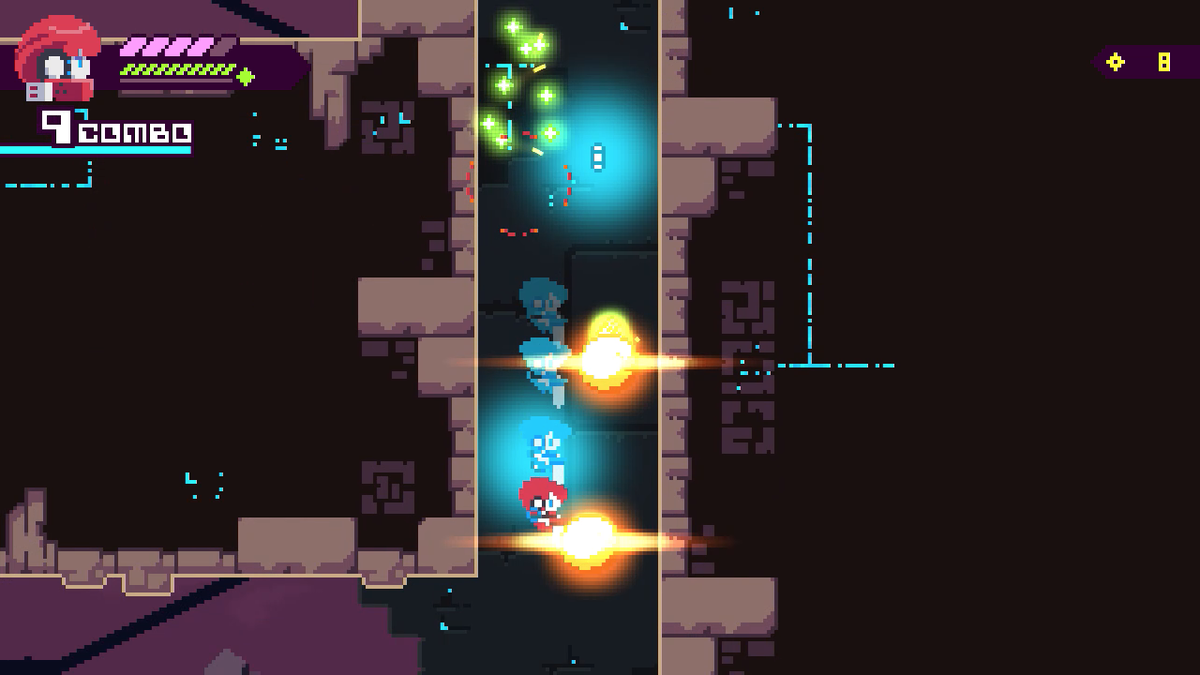 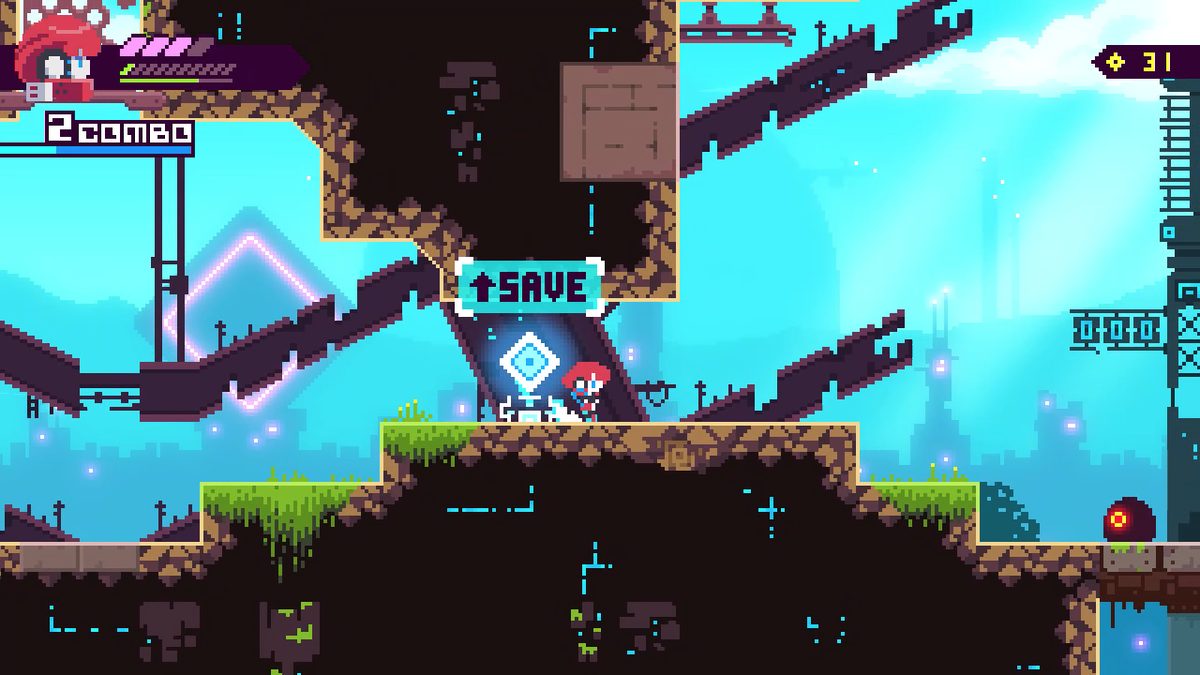 Aside from save points, autosave occurs after picking up an item or transferring to another area in『Tranisruby』. After dying, resurrection occurs after answering 「Retry?」(you recover full health!). So if you're ever in a pinch, it may not be so bad to die and start over. This may not seem easy, but while playing the game with the Element Shot, there are a limited number of bullets. The resource management for storing the energy, combined with the map layout, etc., makes the game moderately challenging.

A word from the developer

KIMURA from SKIPMORE As a matter of fact, I liked exploration action games, but I found the action part difficult, which was a setback. So I designed specifically the battle aspect of the action part for people who are not good at action to enjoy playing easily without complicated controls!

And with that, we conclude Transiruby #3.

How was it? Transiruby is now available on STEAM and available for pre-orders in the eShop!